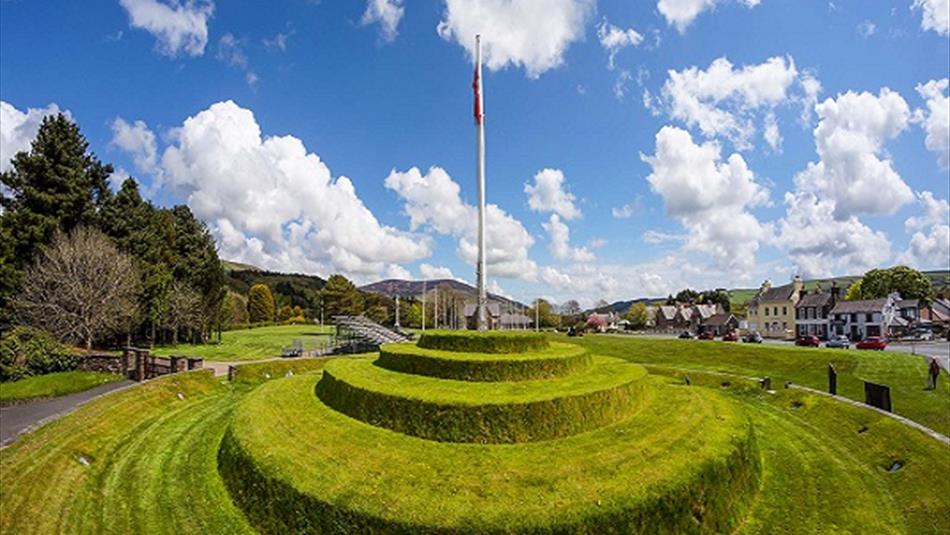 This four-tiered hill is one of the Island’s most distinctive landmarks and a signal of the Isle of Man’s independence as a self-governing crown dependency.

Tynwald Hill, which is located in St Johns, plays host to an open air meeting of the Island’s parliament, Tynwald, once a year.It is believed that the open air ceremony, which takes place on July 5th, was established by Norse Viking settlers over a thousand years ago with the hill thought to have been built in the 13th century.

The hill, which measures around 12 feet high, is thought to be made from piles of stones bonded together with soil from all of the Island’s 17 ancient parishes.

Ancient graves have been also uncovered near the hill and a temple dedicated to the Norse god Thor was found near to the site of St John’s Church.